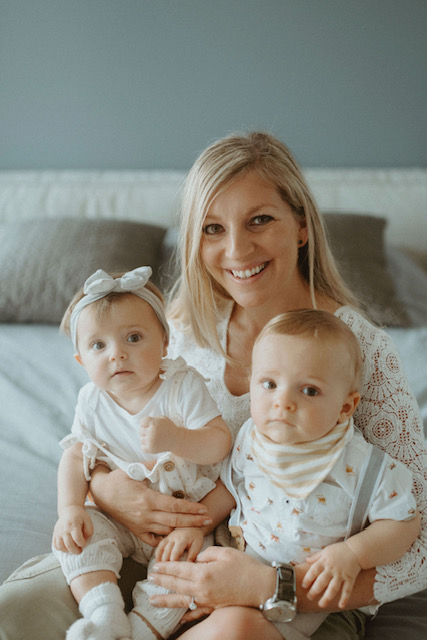 Breaking the Taboo: Mommy Brain and How Neuroscience is Changing the Way we See Mothers In Corporations

.We’ve all heard of “mommy brain.” It’s often a phrase used to indicate the negative changes we believe happen to women’s brains after they’ve had a baby. It’s true we do experience some challenging moments. If you’re a mom, you may have caught yourself saying things like “After the baby, I feel so scatterbrained,” or “I can’t focus, I have so much going on with my little one.”

The Brain Evolution of Motherhood

Becoming a mother is an enormous change, both physically and mentally. Not only does your body change, but it gets presented with new challenges like irregular sleep.

There are also real neurological changes that happen in a woman’s brain during gestation. Many of them are actually quite beneficial and lead to more brain power.

Neuroscientist Dr. Cherine Fahim, a research associate at CHU Sainte-Justine Research Centre, Montreal, has made significant strides in bringing to light what really happens to women’s brains after birth. This is actually an exciting time for this area of focus as new research is coming out at a more rapid clip than ever before on postpartum brain power. Interestingly, the brain does shrink slightly in regard to grey matter in the areas of the brain that relate to emotions and nonverbal signals.

But this loss of cells does not diminish a woman’s brain’s ability to process information. On the contrary, it actually makes her brain function more efficiently. White matter also increases, helping to speed up processing and synchrony. This occurs in the regions of the brain that control social cognition and emotion, enabling a woman to better interpret her baby’s needs and emotions. This in turn increases her maternal attachment to her child.

So how does that translate into tangible skills that can benefit the corporate environment? Very well actually!

During the first two year as mothers, neurological changes nurture the development of the social brain. Higher connectivity may help fuel more social awareness and empathy. We may even become more inclined to adapt to neurodiversity and changes in the world around us. That means we’re not only more in touch with ourselves, but we’re also especially more in touch with the needs, emotions and intentions of others around us. If you have worked in a corporate office environment, you probably already know why effectively reading people’s emotions and exhibiting empathy can be quite helpful.

These new superpowers are a crucial asset for a transformational leader. During and after your pregnancy there has been a fine-tuning of the synapses in your brain to work more efficiently than ever before. Your brain hasn’t shrunk — it’s simply been remodeled to be better than ever before. Think of it as a neurological spring cleaning!

Now the neurons in your brain are closer together and firing together in concise harmony. These neural connections have been reorganized to disregard irrelevant synapses and preserve and enhance the important ones. A mother is now able to better process critical information, and operate in the corporate world reliably and more effectively than ever before.

There are managers in business that, although driven to hit the goals of the company financially, lack the emotional cognitive powers to be empathetic to their peers and staff. They lack the social awareness to be a leader that can gently lead their team to walk where they walk… not where they point.

We’re just beginning to understand the many ways emotional intelligence plays a role in effective leadership. But we do know it makes for more productive communication, less stressful environments, more self awareness and maturity.

Other Neurological Benefits of Motherhood

With the neurological change of motherhood also comes a greater capacity for memory. During her time away a new mom has developed the skills to multitask like never before to meet the needs of her family. This type of agile thinking is needed more than ever in today’s workforce. Someone who can lead, stay organized, and multi-task on several different projects at the same time while never losing focus is a valuable asset.

Let’s look at how this may play out during a typical week for a new mom as she resumes her leadership role in a company:

Time management is also more important than ever now.  A mother has a critical reason not to bring work home with her. It’s important to work efficiently and complete all she can before leaving each day. But schedules are also more a part of daily life than ever before. Workplace efficiency can benefit from mothers who have a vested interest in completing tasks on time.

Science tells us that women gain a greater sense of empathy when they become mothers. Businesses can utilize this quality with a leader who is motivated to create a more balanced and positive workplace culture. These leader moms can also gain a new perspective. One based on productivity and not the number of hours spent in the office.

Work can be an essential part of life for so many women. Finding flow is a crucial part of achieving the ultimate form of success: happiness. Hopefully, as research more fully explains the neurological intricacies of the mum brain, two important changes will happen. 1) Mothers will be empowered, knowing their role as mother is HELPING make them more equipped, efficient employees. This will be an enormously beneficial mindset shift. 2) Corporate leadership will continue to grow their appreciation and value for mothers in the workplace. They will further see mothers as the responsible, multi-tasking, effective leaders who can manage teams and bottom lines while nurturing the individual.

Previous Post
Helping Corporations Navigate Mums and Motherhood
Next Post
Breaking the Taboo: Mommy Brain and How Neuroscience is Changing the Way we See Mothers In Corporations